English Studies at the Jagiellonian University after World War II 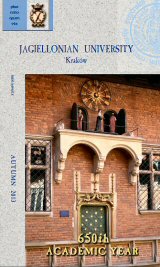 Krótki fragment tego artykułu: "Although the last 50 years face numerous changes, they were gradual and, as a rule, related to the political transformations. This field of studies (English literature and language) was a trouble spot because Great Britain and the Unites States of America were seen as countries that could instil their hostile ideology and undermine the official ideology imposed on Poland. It is worth recalling that for several years after the opening of the Department of English, its students were obliged to attend a course of advanced Russian. The periods of ‘liberalization,' i.e. the late 1950s and the times of Solidarity, were interwoven with the periods of harsh restrictions – after 1968 and during the martial law."